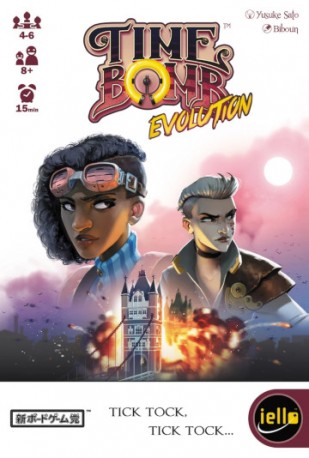 It's London in 1890 in a slightly different world of steam and brass. Moriarty's diabolical plan is to blow up the city's monuments, Buckingham Palace, The British Museum, Westminster Abbey...  Sherlock Holmes is on the case. Will you help her defeat Moriarty? Or are you in league with the nefarious villain?

In this new game by Yusuke Sato and Biboun, you play characters who attempt to defuse the hidden bombs or aid in their explosion. You take turns cutting wires in an attempt to complete your goal. One wrong cut, (or right cut) and Moriarty could be free to wreak havoc on all of England.