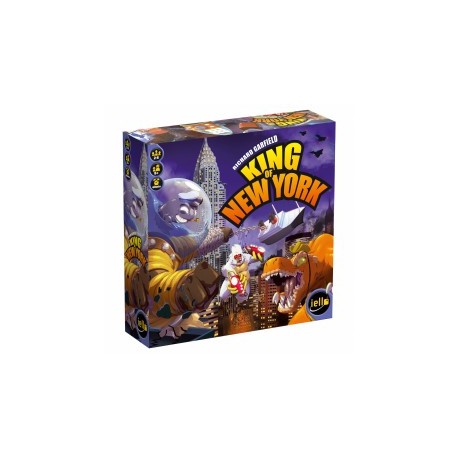 Now the Monsters are fighting in New York!

If you like Richard Garfield's excellent King of Tokyo, but prefer more complicated games then King Of New York is perfect for you.

King of New York keeps the basic rules of King of Tokyo the same but adds many new mechanics and new paths to victory. Players spend time smashing buildings a battling a vengeful military. Every time you roll the dice your monster risks retaliation as military units open fire.

Monsters can move through the boroughs of New York but if they hope to win they will need to control Manhatten.